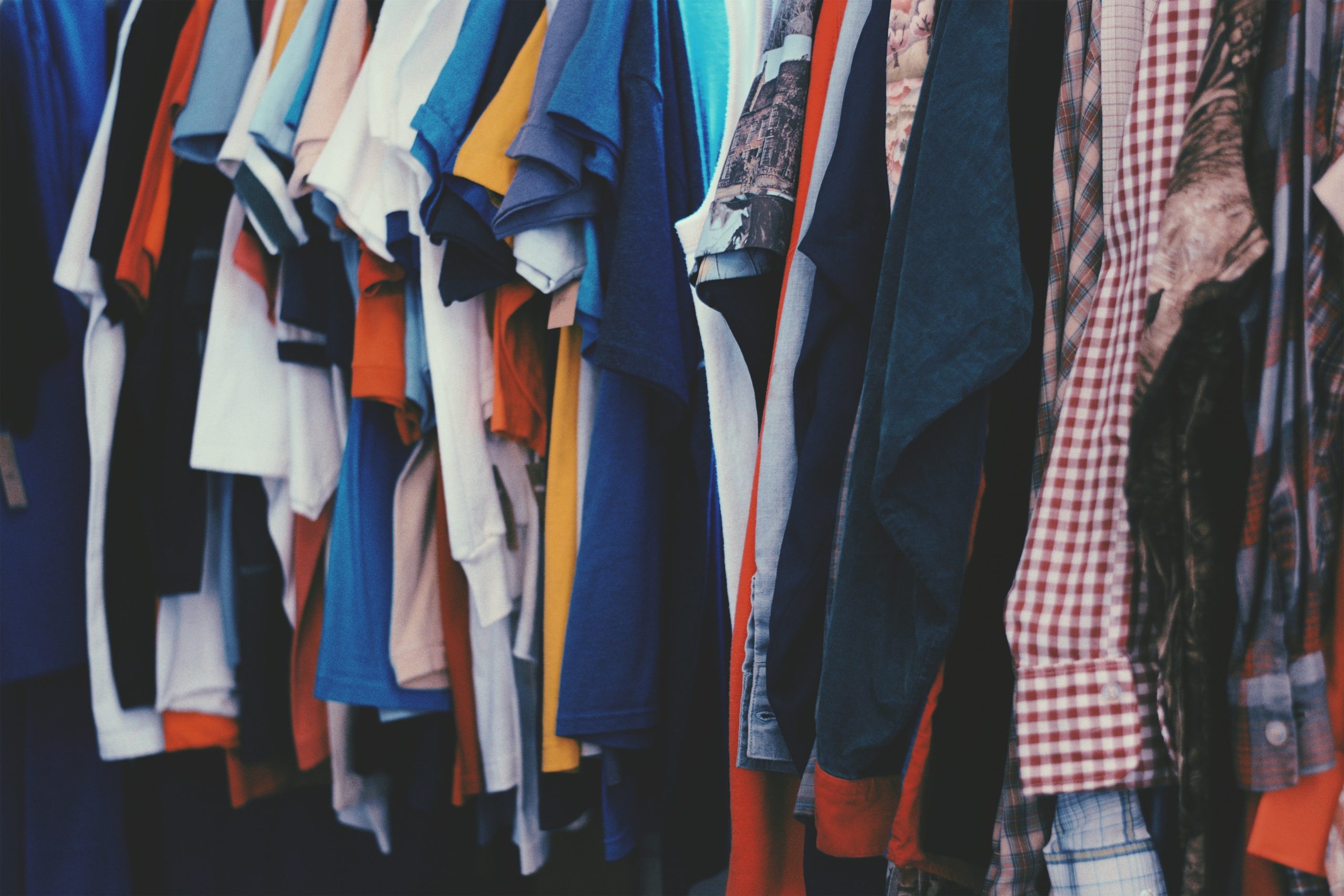 The second hand clothing (mitumba) industry has been the breadbasket for about 2 million Kenyans. Albeit classified under the informal sector, the industry is a blend of both skilled and unskilled labour from different sectors, employing an estimated 10% of the total extended labour force (20,641,175 people) according to the Labour Force Survey report in 2020. For the longest time the mitumba industry has provided Kenyans with stable income, improved their living standards, reduced dependency and poverty levels in the country and largely benefitted the taxman who pockets about KES 1 billion per month from various taxes imposed on the sector.

Kenya is among the largest importers of second hand clothes in the Sub Saharan region due to the high demand for the clothes and footwear in the country. In 2019, Kenya imported 185,000 tonnes of second-hand clothing which is equivalent to about 8,000 shipping containers.

According to the Kenya National Bureau of Statistics (KNBS) Economic Survey 2020, imports of second-hand clothes constitute about 1% of the monetary value of all imports while it accounts for 2.5% of all private spending. The volume of clothing imports into Kenya between 2015 and 2019 increased from 111,000 tonnes to 185,000 tonnes, while the unit price of a tonne of imported second hand clothing has ranged between KES 91,700 to KES 96,300 per tonne over the same period.

The consumer demand for second hand clothes in Kenya arises from its affordability, good quality and the trendy perception as compared to new clothes which are perceived as expensive but not offering equivalent value in terms of quality. Average income earners in Kenya spend about 40% of their monthly earnings on food, while the remainder is spent on other needs, among them clothing. In 2019, 2.5% of private consumption by Kenyans was on clothing and footwear; with an average expenditure of KES 4,150 per year, totaling to KES 197.5 billion.

Value Chain Linkages In the Sector

The second-hand clothes industry is entwined with other key sectors such as transport, finance, insurance, warehousing, and research, among others to complete the value chain. To put that into perspective it is important to understand how the industry works.

Importers of second hand clothes in Kenya liaise with firms in the country of origin among them China, United Kingdom and the USA to place their orders. The importers through their local banks make payment for the goods which are then shipped to a port in Kenya as per the sales contract under the Cost, Insurance, and Freight (CIF) category; where the supplier bears the expenses related to the goods while on transit.

Upon arrival of the containers with the goods at the designated Kenyan port, those destined for the North Eastern and Coastal region are dispatched using trucks after being cleared under customs.  The remaining are transported to Nairobi via the Standard Gauge Railways (SGR) where they are cleared at the Inland Container Depot (ICD) terminal.

From the Nairobi terminal, the containers are moved to a warehouse where they are offloaded and the goods sent to wholesalers in form of bales. The packaging in bales is in compliance with the import policy which require the consignments to be packaged in clear transparent materials at a maximum weight of 50kg for clothes and 25kg for shoes. The wholesalers then distribute the bales to other wholesalers, big retailers and exporters depending on the demand. The flow trickles down to sub- retailers (hawkers) as the second hand clothes and footwear find their way to the consumer.

The whole process unlocks the aforementioned sectors through an employment chain. From market research on consumers taste and preferences, procuring the services of logistic partners and warehouse operators for transportation and storage of the goods upon order fulfillment, employing extra security in the storage centers, hiring loaders and cart pullers to facilitate last mile distribution, using financial services to pay fees and related charges as well as hiring tailors to rework the clothes into desirable sizes. In Kenya’s popular Gikomba market, the industry has paved the way for the informal food industry to bloom.  Foodpreneurs in the area have been earning a decent living from hawking meals and running restaurants which serve both traders and consumers in the area for that can be considered to be a twenty four hour economy.  Millions of Kenyans benefit directly from the industry through employment opportunities and entrepreneurship facilitated by the sector linkages.

Regulatory Framework For The Sector

Like any other industry the import and trade of used clothes in Kenya is governed by a legal and regulatory framework albeit impliedly in most cases. The industry makes reference to the domestic and regional trade laws whose objective is to ensure Kenyans have access to economic activities that encourage viable livelihoods while ensuring that consumers have access to goods and services of reasonable quality.

Domestic laws include, The Customs and Excise Act which provides for the management and administration of customs, assessment, charge and collection of customs and excise duties in the country. Other related Acts include the Standard Act under which The Kenya Bureau of Standards (KEBS) which provides quality infrastructure for the facilitation of trade is established. The East African Community Customs Management Act provides a regional regulatory framework governing the trade of used clothes while providing for the management and administration of customs applicable to its member states, among them Kenya.

Covid-19 Pandemic crippled the second hand clothes industry as the government suspended the importation of Mitumba to prevent the spread of the pandemic; which saw markets across the country shut down. KEBS established more stringent measures such as subjecting the imports to physical examination and certification under the Pre-Export Verification of Conformity to Standards (PVoC)

In 2020, the Kenya National Bureau of Statistics (KNBS) reported that importation of second-hand clothes dropped by 71 per cent due to the pandemic. KNBS further indicated that in that same year, only 13,334 tonnes of second hand clothes were imported in the third quarter; amounting to KES 1.4 billion expenditure by traders. This was a significant decline from 45,659 tonnes imported during a similar period in 2019 where traders spent about KES 4.5 billion.

According to the Mitumba Association of Kenya Chairperson Teresia Wairimu; the drop affected over 5 million Kenyans, directly and indirectly depending on the industry.

Fire incidents have become a norm in Gikomba, Kenya’s biggest market for second hand clothes which supplies other markets in the country. Traders end up losing goods worth millions of shillings in the blaze; which has now become an almost annual occurrence. In 2021, Gikomba experienced 6 fire outbreaks in a period of two months which was blamed on arsons and cartels with the government linking them to acts of terrorism aimed at sabotaging the economy. The fires have become a norm and proper insurance products curated for these traders are limited to a handful; leaving most of the traders exposed to the huge loses when the risk occurs.

In summary, the second hand clothes industry in Kenya has been a great promoter of economic growth and development through entrepreneurship promotion, employment creation, billions of tax revenue to the government. What makes the industry thrive is the fact that its operations are linked to other key sectors like finance, transport and food who plug into the ecosystem under different stages of the business value chain and a regulatory framework that governs how trade is conducted among participants.

However, the industry was negatively impacted by the Covid 19 pandemic and the constant fire outbreaks that keep plunging the traders into losses. To counter the adverse factors threatening the sector; the government and relevant stakeholders should collaborate in their efforts towards ensuring that the traders fully are vaccinated to prevent the spread of the virus, putting systems in place to curb the fire outbreaks and bring the culprits to book.

Share
previous
Finance Act 2021 Changes And Their Implications In 2022
next
Intra-Africa Air Travel: The Path To Integration