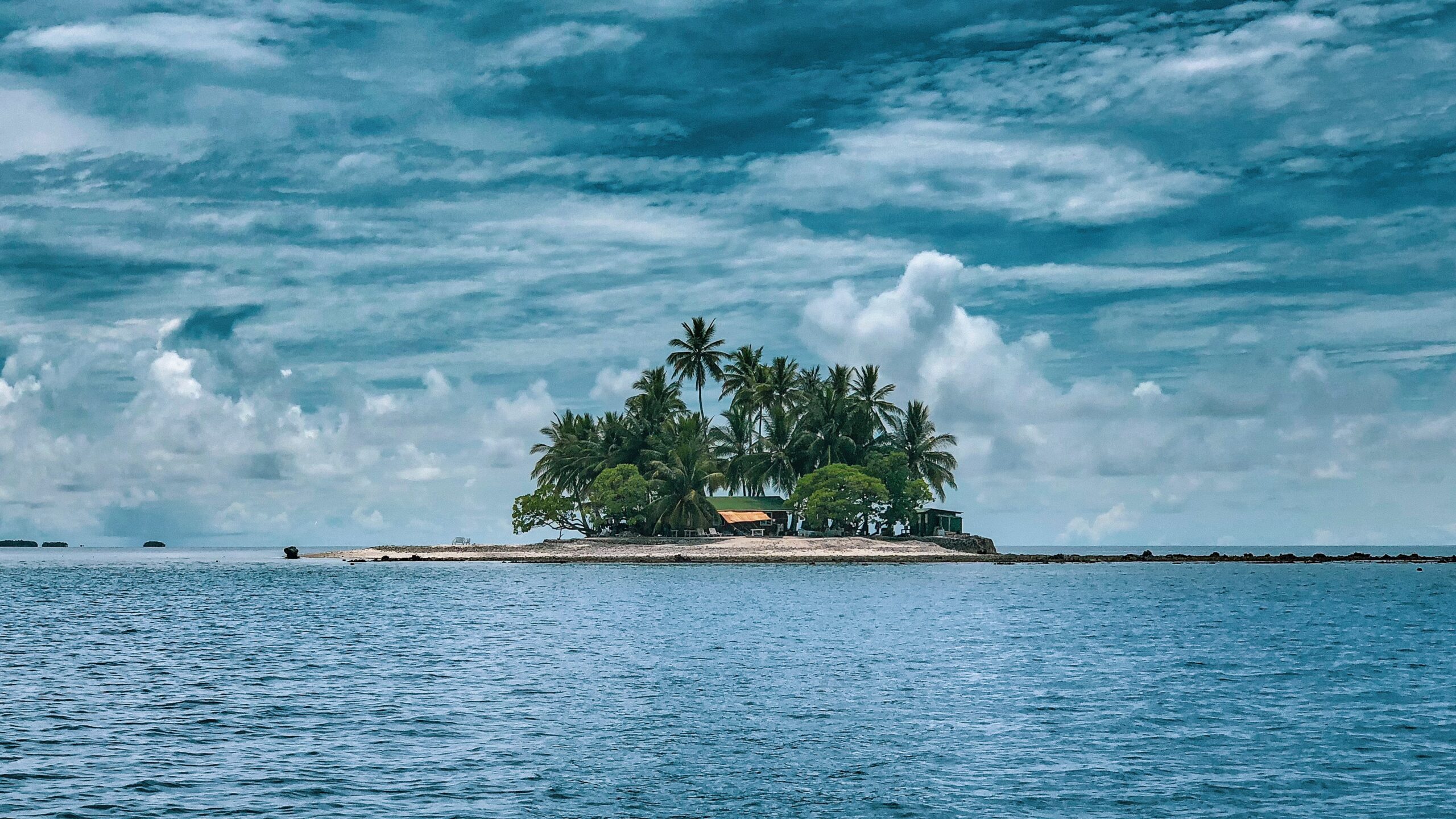 The climate agenda has brought the human race to the realization that climate change is borderless and no one can escape the climate crisis. However, the true realization is that, on a global scale, the climate consequences are not evenly felt, with some being more adversely affected than others. The least contributors to carbon emission suffer adverse effects as opposed to the heavy emitters. The United States, which accounts for only 4.25 % of the global population, is estimated to be responsible for 40% of global carbon emissions; while the European Union is responsible for 29%. According to The Lancet Planetary Health 2020 report, the Global North is responsible for 92 % of excess global carbon emissions, while most countries in the Global South are responsible for only 8 %.

Over 2 million people have died in climate-related disasters since 1970, with developing countries accounting for 91% of the deaths. Global inequality has increased significantly over the last 200 years. It began in 1850 when Europe and the United States began to industrialize with large-scale machinery and factories, as well as the use of fossil fuels. While development was advancing and spurring economic prosperity in early industrialized nations, colonialism stifled development in countries where colonizers were primarily concerned with resource extraction. The colonial masters came to Africa to extract natural resources, and hence they built railways to transport goods from plantations and mines; resulting in land clearing, environmental degradation, and human displacement.

Resource consumption is also unequally distributed, with some consuming at the expense of others. According to the Global Footprint Network, humanity consumes 70% more resources than the earth can regenerate each year. The average American consumes six times the amount of resources as the average African. This is why a call for de-growth must be included in the climate agenda. It includes the need for rich countries to reduce their consumption so that poor countries can achieve a decent standard of living; which is a step toward climate justice.

Small island greenhouse gas (GHG) emissions have long been recognized as insignificant in comparison to global emissions, accounting for only 1% of global CO2 emissions, but the threats of climate change and sea-level rise to small islands are very real. Despite their significant differences, SIDS share common characteristics and challenges. They are the most vulnerable to the effects of climate change, facing imminent existential threats as sea levels rise and natural disasters like storms, floods, and droughts become more common.

SIDS have proficiently executed the case for their collective vulnerability to climate change; and they play a significant role in international climate change negotiations. They are among the first to initiate and pushed for global climate change agenda. They formed the Alliance of Small Island States (AOSIS) in 1990 and successfully lobbied for recognition as a special-needs group; gaining international recognition as a distinct group facing unique social, economic, and environmental vulnerabilities at the 1992 United Nations Conference on Environment and Development. SIDS successfully lobbied for the inclusion of small island sustainable development in Agenda 21 on Oceans, Seas, and Coastal Areas, which acknowledges SIDS’ ecological fragility and vulnerability due to their small size, limited resources, geographic dispersion, and isolation from markets. SIDS are stewards of unique and diverse biodiversity and the UN Framework Convention on Climate Change (UNFCCC) currently has 41 SIDS as signatories, with 29 also signing the Kyoto Protocol.

SIDS are already feeling the effects of a wide range of climate effects. Globally, several islands have been lost due to sea-level rise, as well as severe erosion. Coastal aquifers, which are often the primary source of freshwater for islands, are suffering from salinization as a result of both sea-level rise and increased flooding from coastal storms. Changes in ocean conditions have resulted in declines in fisheries across the oceans; as well as long drought periods have exacerbated the situations of these island dwellers, who rely heavily on agriculture. All of these effects will have a significant negative impact on SIDS, with larger economic impacts than the global average and increased risks for sectors reliant on coastal ecosystems.

SIDS lack the human capacity and infrastructure found in larger countries, making them especially vulnerable to economic, environmental, and social surges. They are generally import-dependent, and their food systems are hampered by their remoteness from global markets.

The United Nations Food and Agriculture Organization (FAO) warned in 2021 that urgent, transformative action is required in Africa’s six small island developing states (SIDS) due to poverty, vulnerability to temperature and rainfall variations, and the increased risk of prolonged droughts and floods caused by the climate change. The FAO study, Transforming Agriculture in Africa’s SIDS with a Case Study on Cabo Verde, Guinea-Bissau, and Seychelles on Climate Smart Agriculture Investment, warned that if climate-smart techniques and practices are not adopted, these threats, combined with reliance on rain-fed agriculture, could lower crop yields and countries’ food consumption.

The coastline of Mauritius in Africa is shrinking. Mauritius lost 17% of its coastline, or 13 kilometers, to erosion between 1967 and 2012. Some of its beaches have thinned out, shrinking in width by up to 23 meters in some places. Without the natural protection of an offshore barrier reef, it is exposed to the full force of the Southern Indian Ocean’s increasingly strong and violent waves. The government of Mauritius has been working with UNDP to protect its people’s future, including by constructing a coastal sea wall to protect them from severe flooding during storm surges. Protecting coastal areas is only one component of Mauritius’ climate change strategy.

Mauritius launched a roadmap in 2013 to unlock the potential of its exclusive economic zones (EEZ) by consolidating existing sectors such as tourism, seaports, and fishing, as well as developing aquaculture, marine biotechnology, and renewable energy.

Today, an increasing number of islands are expanding their coverage and identifying as Large Ocean State, spanning the vast ocean areas and resources under their jurisdiction. SIDS controls approximately 30% of all oceans and seas through these exclusive economic zones (EEZs). Saint Lucia, for example, has a marine reserve the size of Germany, whereas Tuvalu has an EEZ 27,000 times its land mass. The combined EEZs of Mauritius and Seychelles cover an area larger than India, with significant untapped economic potential. SIDS cover a total land area of approximately 24,111 km2 and 666,110 km2 of EEZs. According to UNDP, land accounts for 3.5 % of SIDS, while sea accounts for 96.5 %. Linking sustainable use and economic growth ensures better stewardship of ocean resources.

Seychelles issued the world’s first sovereign blue bond in 2018, raising USD 15 million for blue economy projects supporting sustainable marine and fishing projects. The bond’s proceeds would be used to fund projects such as the expansion of marine protected areas (MPAs) and improved fishing governance. Seychelles also secured the first-ever climate adaptation debt restructuring in March 2020, which meant that a portion of the country’s foreign debt would be waived in exchange for the designation of nearly a third of its ocean territory as MPAs.

SIDS have sought innovative solutions to pressing issues, but international cooperation and innovative financing approaches remain critical to their survival. SIDS have taken the lead in both land ecosystems and marine life through expansion and the establishment of EEZs and MPAs. The rest of the world should support and adhere to the set tone and be deliberate in environmental conservation by first engaging in proper waste disposal mechanisms on land and water, land preservation, and transitioning to smart innovative sources of power. This should not be based on a subset of the population, but rather on a shared responsibility to ensure bio-prosperity and economic development.