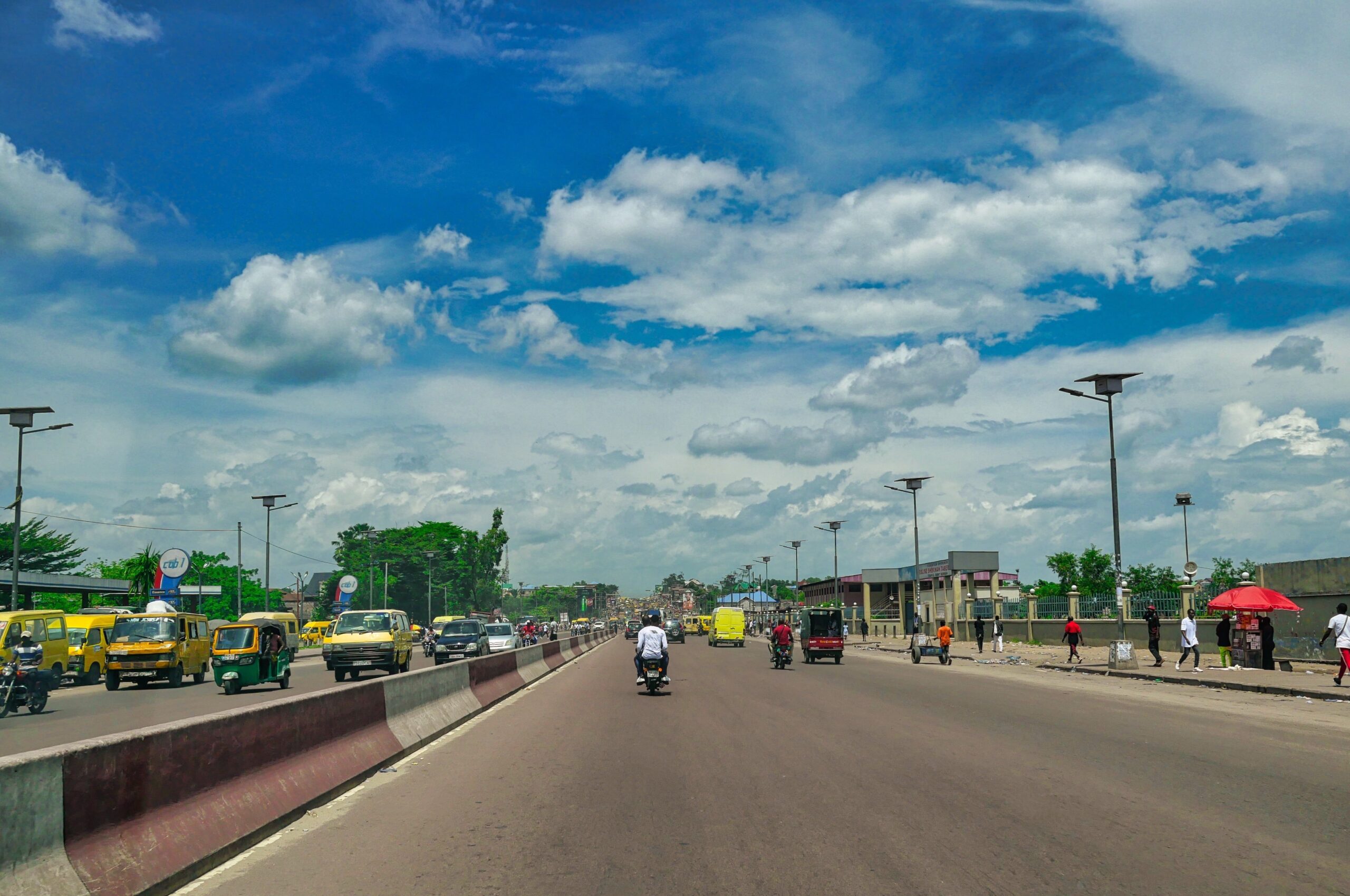 According to the World Bank, the DRC is the largest country in Sub-Saharan Africa (SSA) with a population of about 90 million people and is the second largest country by landmass in the continent. DRC is well endowed with natural resources among them minerals such as copper and cobalt, vast arable land, immense hydroelectric potential and boasts of significant biodiversity from its rainforest which is the largest in the continent.

DRC’s economy is heavily dependent on commodity prices from its mineral exports. In 2020, DRC’s gross domestic product (GDP) stood at an estimated USD 49 billion; with an inflation rate of 10.30% within the same year, and an economic growth rate of 0.80%. The country’s GDP stood at USD 50 billion in 2019, with the drop in 2020 attributed to economic shocks as a result of the COVID-19 pandemic.

Over the years favorable commodity prices have promoted a robust economic growth but the country’s porous borders, underdeveloped manufacturing sector, lack of political will,  weak links between its capital and the periphery; and persistent political conflict in the region have undermined its resilience and attractiveness to potential investors rendering it an import based economy.

In 2019, DRC made an application to the EAC to be admitted into the regional bloc. The EAC is a regional intergovernmental organization of 6 partner states namely Kenya, Uganda, Tanzania, Burundi, Rwanda and South Sudan, headquartered in Arusha, Tanzania. The membership was aimed at increasing its foreign trade and investment opportunities through cooperation with the community in maximum exploitation of its natural and human resources within the region and also strengthen its historical ties with EAC.

According to its Deputy Prime Minister and Minister for Foreign Affairs Hon. Pen’Apala, the DRC has a large consumer population constituting a big market for the EAC and is in dire need of investors who can be incentivized through its EAC membership. The DRC is also keen on tackling security challenges in the eastern part of the country with the help of the EAC. The country has been pushing the green agenda through the reconstruction of its various sectors including infrastructure, agriculture, energy and environmental conservation which can be further supported by the EAC.

Three years later, following rounds of successful negotiations between the two parties, the EAC’s Council of Ministers approved DRC’s admission into the regional bloc.  The country has now been  admitted into the bloc effective March 29 2022.

The admission process entailed a verification exercise, negotiations with the DRC on their admission to the EAC directed by the Summit (Heads of government of partner states), admission of the DRC and deposition of the instrument of acceptance of the terms of admission by the DRC within six months of its admission to the community.

The EAC secretariat has been directed by the Council to draft a roadmap for the integration of the DRC into the community and submit it to the Council for consideration.

Currently, the DRC is a member of the African Union (AU), Southern African Development Community (SADC), Common Market for Eastern and Southern Africa (COMESA), Economic Community of Central African States (ECOCAS), Organization for the Harmonization of African Business Law (OHADA), and the Economic Community of the Great Lakes Countries (ECGLC). The DRC has also ratified the African Continental Free Trade Agreement (AfCFTA) which aims to liberalize trade to allow for free movement of goods and human capital.

While its admission to EAC may be perceived to pose challenges as the country already belongs to the aforementioned regional blocs, Hon. Pen’Apala affirms that having multiple membership to various regional economic communities (RECs) is a non-issue, adding that all RECs in Africa are working harmoniously towards making the continent a real common market by the year 2063.

What is DRC bringing to the table?

The admission of DRC into the EAC is expected to benefit member states with existing bilateral and multilateral trade agreements with the country, by opening an Indian Ocean to Atlantic Ocean trade corridor. This trade corridor is a major route that facilitates the movement of people and goods between regions and countries; which will link the region to Central Africa and other continental sub-regions. This infrastructure development will be catapulted by the implementation of the African Continental Free Trade Agreement (AfCFTA).

The mineral rich country is linked to the EAC through two corridors:

The Northern Corridor: It connects Kenya’s Mombasa Port to Uganda, Rwanda, Burundi and into Eastern DRC.

While the establishment of the Indian Ocean to Atlantic Ocean trade corridor will largely benefit the EAC, the bloc will have to compete fiercely with SADC which has deeper roots in the market. Even though SADC members among them Tanzania, Zambia and South Africa continue to dominate the export market to Congo, amounting to USD 1.67billion, USD 1.24 billion and USD 1.09 billion of export value respectively according to 2020 figures; other statistics show that in 2018, the EAC exported goods and services worth USD 7.4 billion representing 11% of the total imports into the country.

The DRC offers an export market with high profit margins because of its vast potential. With its huge population, DRC will boost the EAC consumer market from 177 million to 260 million people, increasing its GDP from USD 193 billion to USD 240 billion.

Having identified agricultural products  among the key exports to DRC, already Kenya, Uganda, Rwanda and Tanzania are scouting for multiple opportunities in the country to grow their market base. Since EAC’s Common Market Protocol supports free movement of goods, capital and people within the region, an enhanced access to DRC’s market will drive export volumes up and pave the way for more products varieties in the DRC markets.

How the EAC member states have expressed interest in DRC

Kenya: According to Kenya’s Ministry of Trade and Industrialization, DRC is the sixth leading export destination for Kenyan products globally with agricultural and manufactured goods topping the list. In 2020, Kenya’s export earnings from the DRC amounted to USD 140 million as per the numbers from Kenya Export Promotion and Branding Agency. Following this milestone, the agency led the country on a 15 day trade symposium a year later to increase its footprint in the region.

The symposium consisted of businesses and over 200 investors who participated in featured forums, exhibitions and site visits to DRC’s largest cities with the aim of boosting trade, strengthening service and product investment between them.

Uganda: In June 2021, Ugandan President Museveni commissioned the construction of 223km roads to connect the two nations after signing agreements to boost cross-border trade towards the development of Eastern Congo.

Rwanda: Last year, Rwanda signed deals with the DRC on the promotion and protection of investments, taxation and tax evasion and a memorandum on gold mining co-operation.

Tanzania: Dar es Salam port will become a high revenue generating export trade alternative to South Africa’s Durban as its standard gauge railway currently under development will be taken up by the DRC.

The DRC has large untapped deposits of raw minerals, estimated to over $24 trillion. Its core economic resource is its mineral deposits which account for 90% of its total exports. These mineral deposits are concentrated in Katanga province among them:  copper, cobalt, zinc, manganese, coal, silver, cadmium, platinum, germanium, gold, palladium, uranium, etc.

The country has the largest forest reserves covering more than half of its landmass. It also has an estimated 80 million hectares of available arable land with only 10% currently being tilled with an agriculture potential of feeding about 2 billion people. The sector makes up 18% of the country’s GDP and contributes to 60% of employment opportunities.

The rivers of Congo system which are made up of numerous rapids provide immense hydroelectric resources which can amount to half of Africa’s electricity generation potential capacity. From its coal and petroleum deposits and forests thermal energy can be derived to power industries.

The EAC member states will now enjoy  access to these natural resources at less stringent terms and as a result promote trade and huge investments in the related sectors within the DRC.

While DRC’s membership into the EAC will positively impact the social, economic and political aspects of the bloc, the EAC should be wary of the inherent challenges existing in DRC such as porous borders, weak manufacturing sector undercutting local production among others. The EAC should start devising ways to deal with these challenges beforehand and mitigate the trade risks that arise from the same.

Share
previous
Zoom In: Key Growth Drivers For The FMCG Sector in Kenya
next
The African Face of Angel Investing